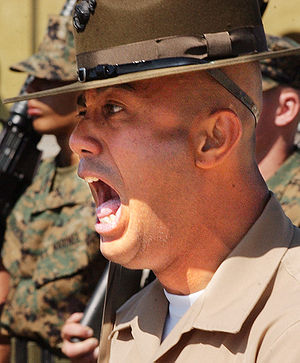 Boot camps are military-style, semi-penal institutions that use discipline, military exercises, and rigorous physical training to "break" defiant troubled teens and supposedly return home a "good soldier" who will obey authority, follow rules, and improve behavior at home and school.

Why would a parent want to send a troubled teen to a program that was originally intended for adolescents who have been prosecuted for criminal acts? It is not an environment intended to modify behavior through self-understanding. It is an environment that seeks to scare kids straight, a method that has proven time and again to have only short-term results.

These boot camps were created as a short-term alternative to military boarding schools. The idea is that you break the child's will (spirit?) and teach them that they are not the center of the universe.

Boot Camps are often short-term, however, long-term boot camps have increased in popularity for their ability to help defiant adolescents improve their behavior at home and school. They are modeled after military-style, military exercises, and intense physical training focusing on reality, respect and responsibility. Many teens lack these qualities, yet they desperately need them in order to successfully transition into adulthood. This experience can help teens replace destructive attitudes and behaviors with new perspectives and direction in their lives. The theology behind a short-term camp being that a "quick reality check" will turn a child around who has been acting out. These boot camp style programs are usually ineffective for teens that have developed bad habits over a long period of time and are in need of long term change.

Boot camps have come under fire recently with health and safety issues. Some may attempt to push a child too much or may be to extreme with their in your face approach. Many choose to use too much military drill instructor techniques. While the drill sergeant may have success with military basic training cadets who have voluntarily gone to boot camp. Ex-drill sergeants may be ineffective with a struggling teen that is not as motivated as some one enrolled into the military.

Are Boot Camps the answer for all youth?

Boot camps are definitely not the answer for all children. There are children that need a more clinical setting than a boot camp. If a child has suicidal issues, is severely depressed, self mutilating, or has a serious psychiatric diagnosis they would be better served in a therapeutic boarding school, residential treatment center, or in some cases even a psychiatric hospital. Most of the boot camps we work with do not really have any therapy or counseling other than what is called Christian counseling. This is equivalent to advice being given by a minister or church leader of some type. If the child is well adjusted, but just defiant this may be all he or she would need. If the child does have psychiatric issues they need to under the supervision of a trained professional.

Teen boot camps are rarely the best choice for a truly troubled teenager. They need to face their basic emotional and behavioral issues as well as discover and be taught behaviors and positive interactions that will improve their academic performance, personal relationships, and personal success. It is change that occurs through self-revelation that has the longest and most permanent effect on any human being. Give your child the opportunity to learn more about him or her, and then discover that he or she can be a positive part of the community.  C.A.R.E. is here to serve you and your family.