Troubled Teens and Self Abuse | C.A.R.E. 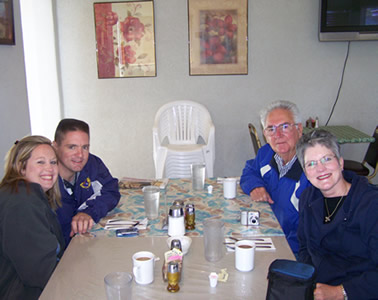 In fact, the incidence of self-abuse is about the same as that of eating disorders, but because it's so highly stigmatized, most Troubled Teens hide their scars, burns, and bruises carefully. These troubled teens also have excuses ready when someone asks about the scars.
Many troubled teens cut themselves because it gives them a sense of relief. Some people use cutting as a means to cope with any problem. Some teens say that when they hurt themselves, they are trying to stop feeling lonely, angry, or hopeless. Some teens who hurt themselves have low self-esteem, they may feel unloved by their family and friends, and they may have an eating disorder, an alcohol or drug problem, or may have been victims of abuse.
Broadly speaking, self-abuse is the act of attempting to alter a mood state by inflicting physical harm serious enough to cause tissue damage to one's body. Approximately 1% of the United States population uses physical self-injury as a way of dealing with overwhelming feelings or situations, often using it to speak when no words will come.

It is not only teenagers that SI [self-injury] because of a little stress in their lives. Older people self-injure as well. Some of us did start off self-injuring when we were teens because of early sexual abuse when we were children and still struggle with the damage that was done to us through SI. . . it keeps us from killing ourselves.

What is self-injurious behavior?

The forms and severity of self-injury can vary, although the most commonly seen behavior is cutting, burning, and head-banging.

Self-injurers come from all walks of life and all economic brackets. People who harm themselves can be male or female; straight, gay, or bisexual.

Hurting oneself, sometimes called self-abuse, is when a person deliberately hurts his or her own body. Some self-injuries can leave scars that won’t go away, while others leave marks or bruises that eventually will go away. These are some forms of self-injury:

• Cutting yourself (such as using a razor blade, knife or other sharp object to cut the skin)
• Punching yourself or other objects
• Burning yourself with cigarettes, matches or candles
• Pulling out your hair
• Poking objects through body openings
• Breaking your bones or bruising yourself
• Plucking hair for hours