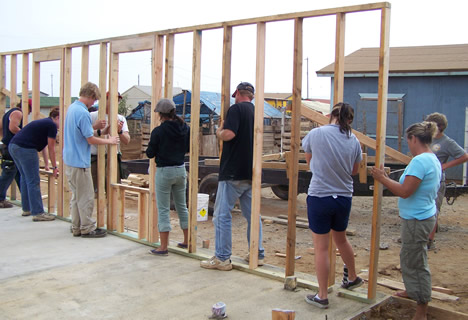 One starting point knows what factors put children at increased risk for harming themselves and slowly becoming what we call "troubled teens". Known risk factors do exist, and they tend to occur in clusters.

Depression or other mood disorders are probably the most significant--and most common--risk factors. Studies estimate some 20% of the U.S. adolescent population has some type of emotional problem, and depression affects as many as three-quarters of a million  troubled teens at any given time. But mood disorders in adolescents are easy to miss. When surveyed, 90% of parents believed they would recognize depression in their own children, but, according to SAMHSA, only 20% - 40% of depressed youth are ever diagnosed and treated. Substance abuse has been linked to increased suicide risk in teens.  We have help for your at risk youth.

Troubled teens are teenagers whose life has gotten out of control; they may be using drugs and alcohol. These teens may be getting in trouble with the law by stealing or vandalizing, or they may be allowing a boyfriend or someone else to abuse them and not know which way to turn.

These struggling teenagers may have gotten mixed up in a gang they feel they can’t get out of. Troubled teens are any teenager who is involved in things that can ruin their life, or even end it. They may not even realize what shape they are in and that they need help.

Some teens may be involved with drugs, but it's a reality that we must all face at some point in our lives. The more we know about what may be going on behind our backs, the better prepared we will be to deal with the situation preferably before it becomes an issue. A lot of parents put off talking to their children about drugs, but children are using drugs at earlier ages these days.

Teens commit suicide for many reasons, but some common circumstances have been identified. According to the National Alliance on Mental Illness, the overwhelming majority of those who kill themselves, including teens, have a have a psychological or substance-related disorder at the time of death. These disorders make it harder to deal with stressful situations teenagers may face, like failing a test, breaking up with a boyfriend or girlfriend, the death of a loved one or seeing parents divorce.