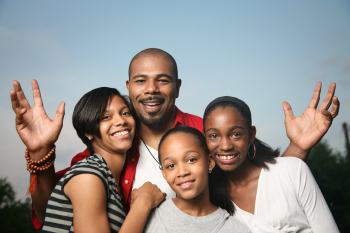 Obviously, if parents are thinking about sending their child to a residential treatment center or therapeutic boarding schools for troubled teens, a problem must exist.  If there were no problems, parents would not be considering an out-of-home placement for their child.  Still, the question of “why” lingers. “Why us”, they ask?  “Why is this happening?”, they say.  Most of the time the boy or girl has developed his/her problems over a period of time, and it will take some time to turn the situation around.  The solution will require some change in both the troubled teen and the parents.

Most of the time, we find that one, or both, of the parents are “rescuers”.  This means that at least one of the parents (soft parent) is taking on a great deal of the responsibility for the child’s poor choices.  The child rarely feels the effect of their poor choice because the parent rescues them from the consequences of their actions.  Therefore, the child continues to make poor choices.  The message the rescuing parent sends the child is, “I don’t like what you are doing but I will bail you out. ” The other parent (hard parent) usually tries to compensate for the rescuing parent by exerting harsh external control.  This only makes the problems worse.

Here is the problem… if the parents are not in one accord on everything as it pertains to the family (the children and the discipline), the child will find the way to triangulate, causing division between the parents and thus, allowing strife to enter the marriage.  If the parents are not in "one mind" on all areas regarding “parenting”, then the child will most usually find a way to drive a wedge between them, dividing and provoking the parents to turn against one another.  In the meantime, the child continues to push the envelope and act out of control.  If one parent tends to be soft (inconsistent, and taking on the responsibility of the consequence) and the other parent is hard (holds a tough line and is harsh in regard to discipline), there will be conflict that will make trouble for the entire family.  There needs to be a solution, which will necessitate change, both in parents and in the troubled teens.

The Family Advocates representing RESTORE are former parents of troubled teens. They are also professional parent coaches.  Each of them have worked in residential treatment centers or therapeutic boarding schools. As a matter of fact, the situation regarding the troubled child launched them into careers working with troubled teens and families of troubled teens.  Their experience was a life changing event, and now they are here to help you go through the process of RESTORE>